The current composition of Alpharetta City Council does not reflect the values of the people that actually live here.

A few weeks ago the current Mayor of Alpharetta, Arthur Letchas, and all six City Council members unanimously approved another high density mixed use project while entire shopping centers sit vacant and a decade’s worth of condomiums sit idle. While there are people in Alpharetta that support this urbanization only a charlatan would believe all 50,000+ residents are unanimous in that support so it is indisputable that the Alpharetta City Council does not reflect the values of the people that live here.

The feedback I receive from this blog and my other community involvement runs about 4-1 against the city’s densification and urbanization plans. That number is probably high but even if the actual number were half of that it would mean Alpharetta’s voters overwhelmingly oppose what their elected officials are doing. That kind of disconnect cannot continue forever.

Eventually the voters will notice. And every day more voters in Alpharetta are starting to notice. Below is a screenshot of a video created by an Alpharetta resident to raise awareness of the City’s disconnect from voters. I wish I had posted it before Tuesday’s land use plan meeting but it is still powerful and you can watch the whole thing at this link. 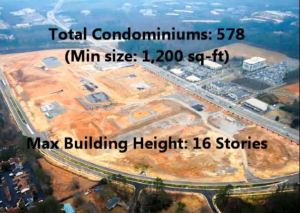 Predicting the future is a fool’s game but there are two things I know for certain about Alpharetta politics:

1) The current composition of Alpharetta City Council does not reflect the values of the people that actually live here.

1 thought on “Without representation”