Yesterday I mentioned that the City of Alpharetta didn’t bother promoting the open house for the new Comprehensive Land Use Plan on their website and compared it to making residents play a game of Where’s Waldo to find vital information. Now it looks like the city has decided to take that game to a whole new level.

A few years ago the city rezoned a piece of property at the corner of NorthPoint Parkway and Windward Parkway to mixed use. The project was named Windward Mill and still sits undeveloped. At the time the property was zoned for office space so the change allowed the developer to add about 500 condos to the site. Many of the condos were to be built in 5 story buildings but the developer couldn’t cram them all in without putting 180 of them in a single 15 story building.

So imagine my surprise when I saw the pictures Alpharetta is now using to portray the “Desired Character Images” of the Windward activity area: 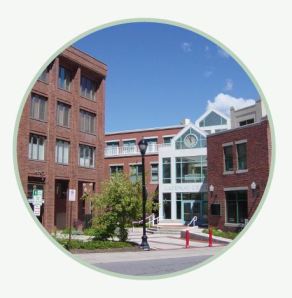 But what do I know? I’m just some crazy blogger that actually lives in Alpharetta as opposed to an erudite urban planner that doesn’t.

The city wants to expand the use of high density mixed use all over town so this is important. The proposed comprehensive plan expands mixed use in Windward, calls for condos or apartments all over the Northpoint area and it surrounds a good portion of Wills Park with the same stuff. That is a complete change in the character of our city and residents deserve to know that the pictures being used to sell it are accurate representations.

It’s sad that Alpharetta’s Community Development Department is allowed to mislead residents and even sadder that they use our own tax dollars to do it. I look forward to asking this year’s mayoral and city council candidates why they allow this to continue.